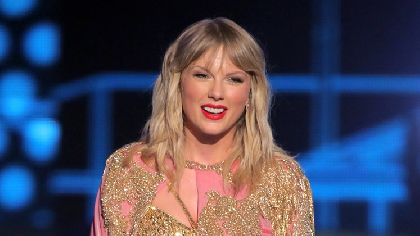 Organizers of the award said that she is recognized for her ‘immense impact on music across the world and incredible repertoire’.

The singer, born and based in the U.S, will be presented with the prize tomorrow during the ceremony at the O2 Arena in London.

“Taylor’s career is unparalleled and her music and influence has resonated with millions of people all over the world,” the Brit award statement said.

“She’s used her platform to highlight many issues globally and recently has been applauded for her work promoting acceptance of the LGBTQ community.”

Last month Swift succeeded in getting her seventh UK No 1 album with Fearless (Taylor’s Version). It was her third chart-topping album in less than a year.

There will be an audience of 4,000 people at this year’s event, hosted by Jack Whitehall, as part of the government’s live events pilot scheme.