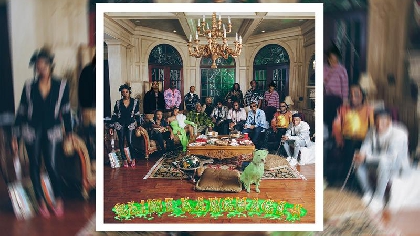 It's a massive 23-track album

Earlier this year, Young Thug’s YSL got under the direction of Yak Gotti, Sheck Wes, and Yung Kayo after the release of “GFU” banger. Now, Young Thug made YSL’s Slime Language 2 album campaign official on Wednesday when he posted the majestic large family portrait of the label, which doubles as the cover art of the album.

This is their second label compilation. The first Slime Language was released in 2018.