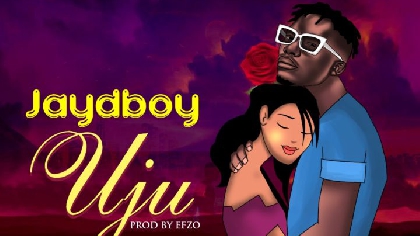 Oli Money boss called him a multi-talented artiste, having great potentials that put him above several other artists across the country.

It seems that Jaydboy is ready to make it real with this emotional jam titled “Uju”.

According to Notjustok.com's review, the song comes "with a mix of strong Igbo tune and English inspiring words to make this song a great tune and it was produced by Efzobeats." That's not surprising, for the title itself suggests that it has a lot to do with the Eastern parts of Nigeria.

The singer said that music is spiritual and with his music, he can reach out to so many people.

Previously, at the time he signed on to the record label, he commended Nigerian producers, record label owners, and artists for their relentless efforts in selling the countries good image and brand globally.

The less-than 30-year-old star has seen his career growth skyrocket in a few years. Having gone through several hard times, the crooner has dropped hit singles back to back and he considers the likes of Asa, Dbanj, Adekunle Gold, Shola Allyson, & Davido as his role models.