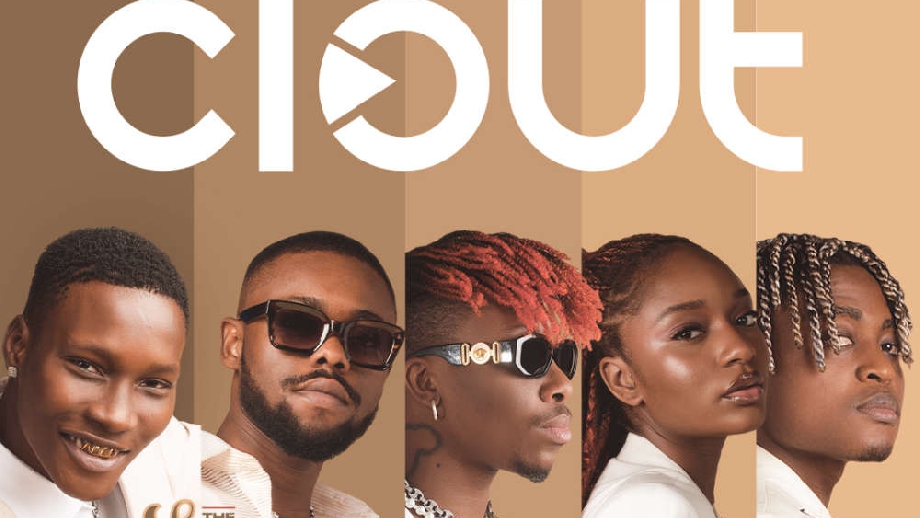 In the digital era where music of African origin has captured global zeitgeist, it is vital for African storytellers to seize the opportunity that global attention brings to set things straight. Clout Africa has spent the last two years creating a new standard for music production, artiste management and media distribution in Nigeria through its dedicated media incubator and full stack production studio. It is now setting its sights on publishing as its newest frontier, Clout Mag, a digital first magazine.

Commenting on the decision to focus on digital audiences, Clout CEO Serge Noujaim explained, “Our audiences live online, they network on social media, get their news from blogs and organize via group chats. It only makes sense that we create stories that work in their native environments.” 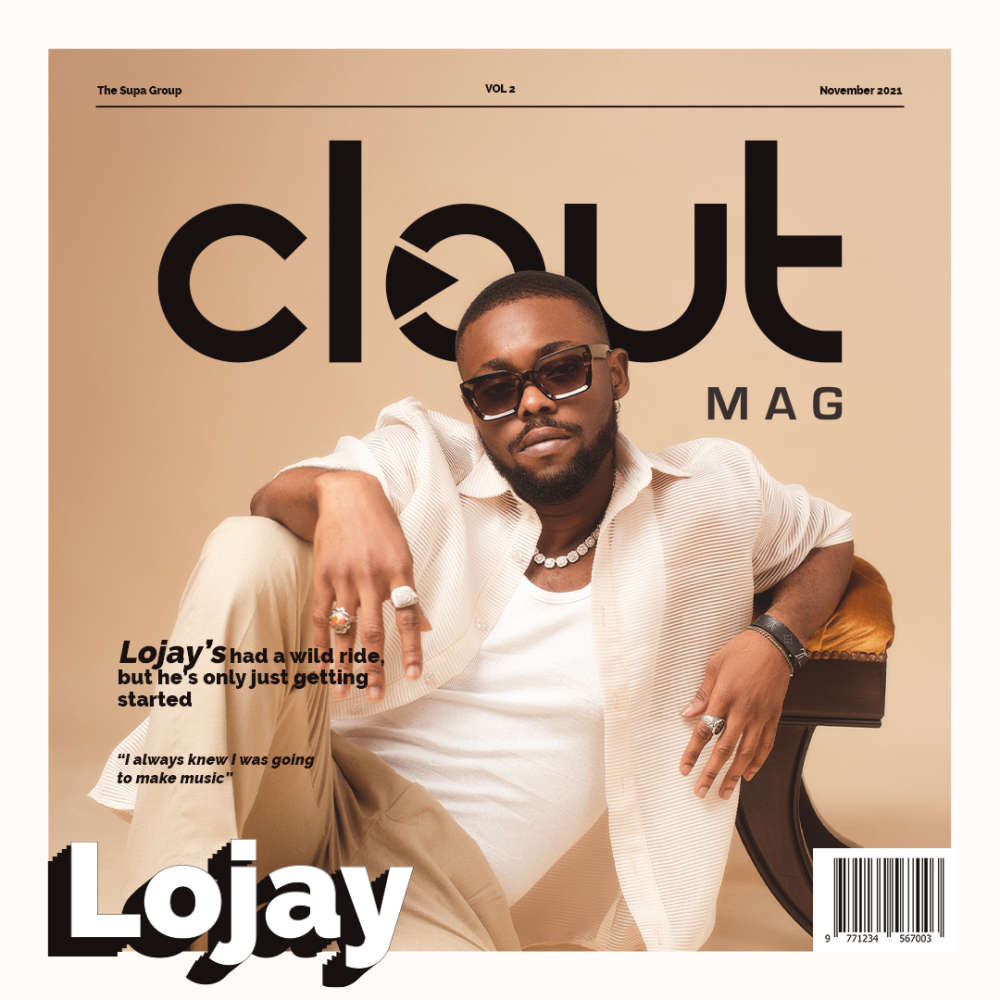 Clout Mag centers our own biggest and brightest talents and celebrates the innovators and trailblazers representing the country home and abroad. The growing appreciation for Nigerian music makes it clear that our stories can make an impact on a larger scale and Clout Africa is uniquely positioned to deal with the balance of reporting conversations around our biggest stars and this new landscape that’s swiftly coming into view. Clout is elevating original reporting and in-depth feature writing to create an editorial package, “Clout Mag” that highlights the intersection of our music and culture, peeling back the curtain on some of the biggest music discoveries of 2021 and celebrating the innovative artists taking African music to the world. 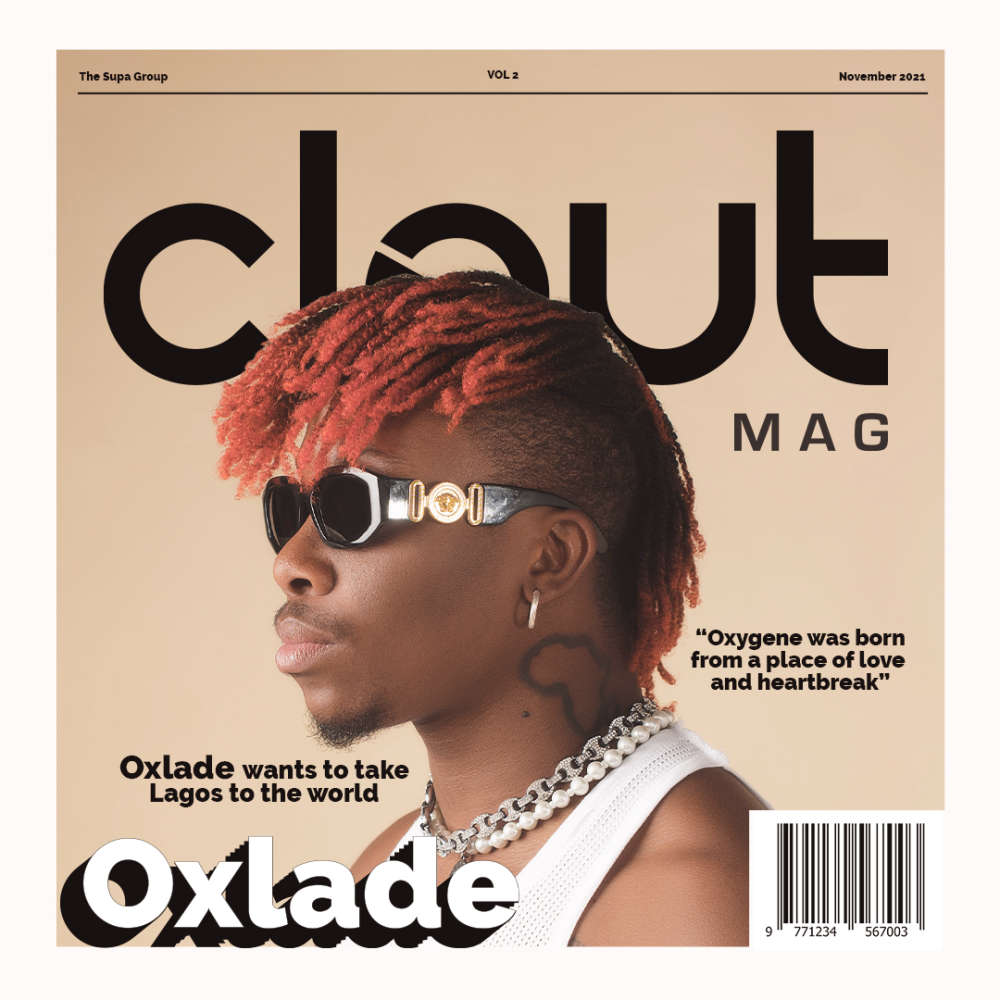 Our affiliate network, local and international partnerships and proximity to the music scene in Lagos allows us to serve as a trusted voice in African music and so we’re sharing our debut editorial magazine, “The Supa Group'', which covers some of Nigeria’s brightest acts, Oxlade, Ayra Starr, Zinoleesky, Lojay and Cheque. Shot by emerging photographer Iyesogie Ogieriakhi, and styled by industry veteran Samuel Ifeoluwa for Studio Soft, Clout Mag’s Supa Group is treated to an exclusive editorial and an individual cover, celebrating their unique personality as well as their collective power as a new wave of groundbreaking talent. 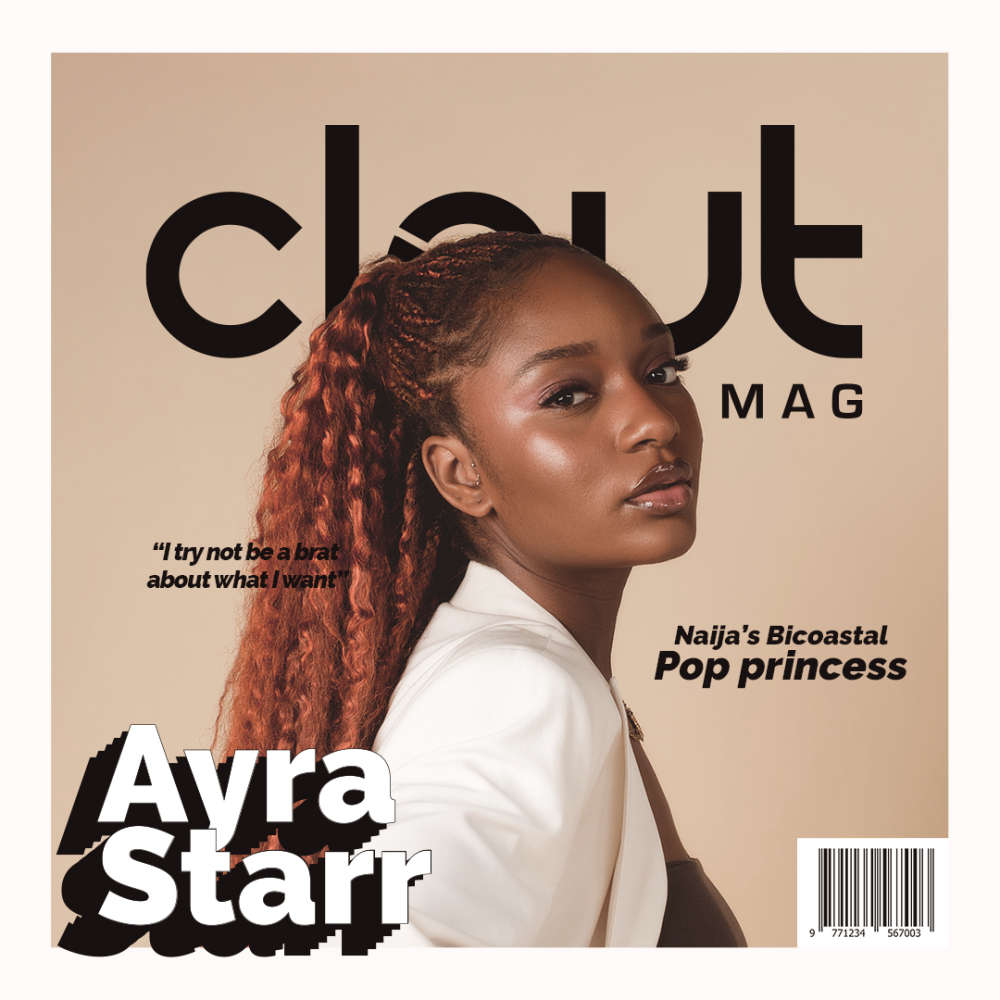 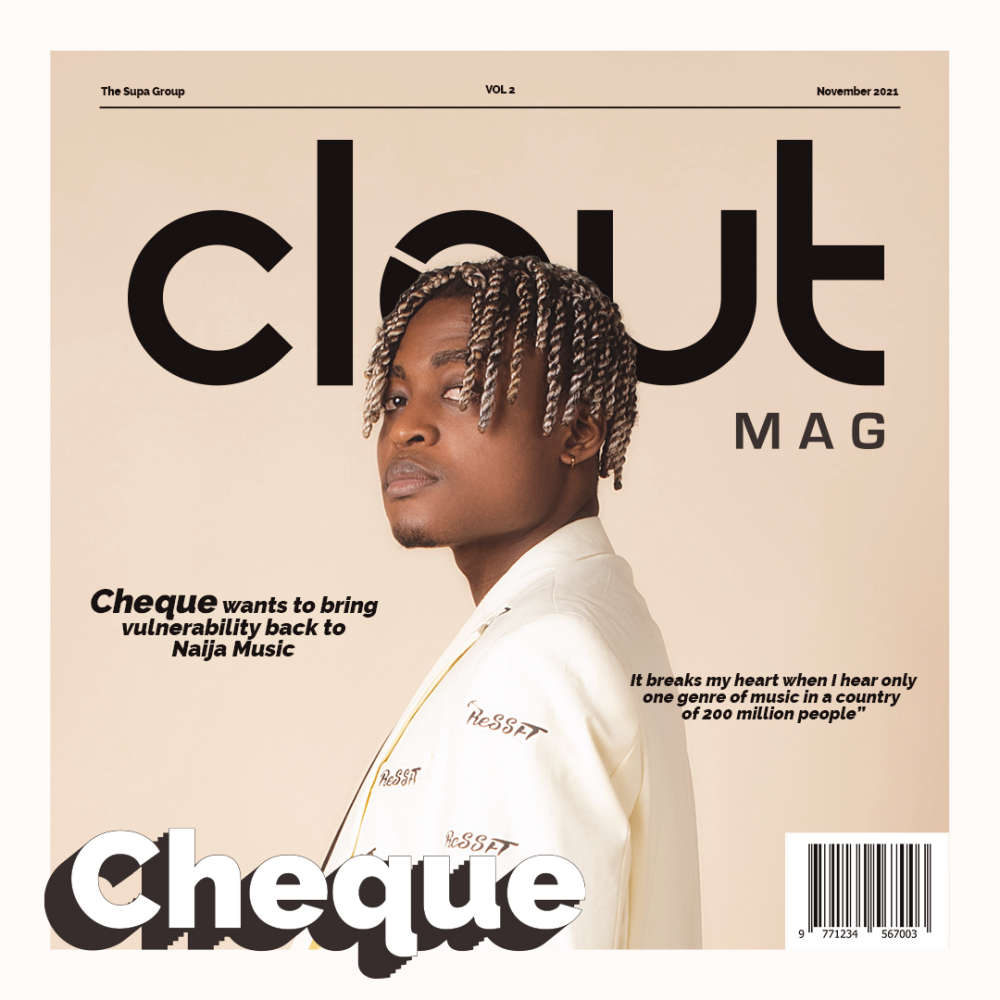 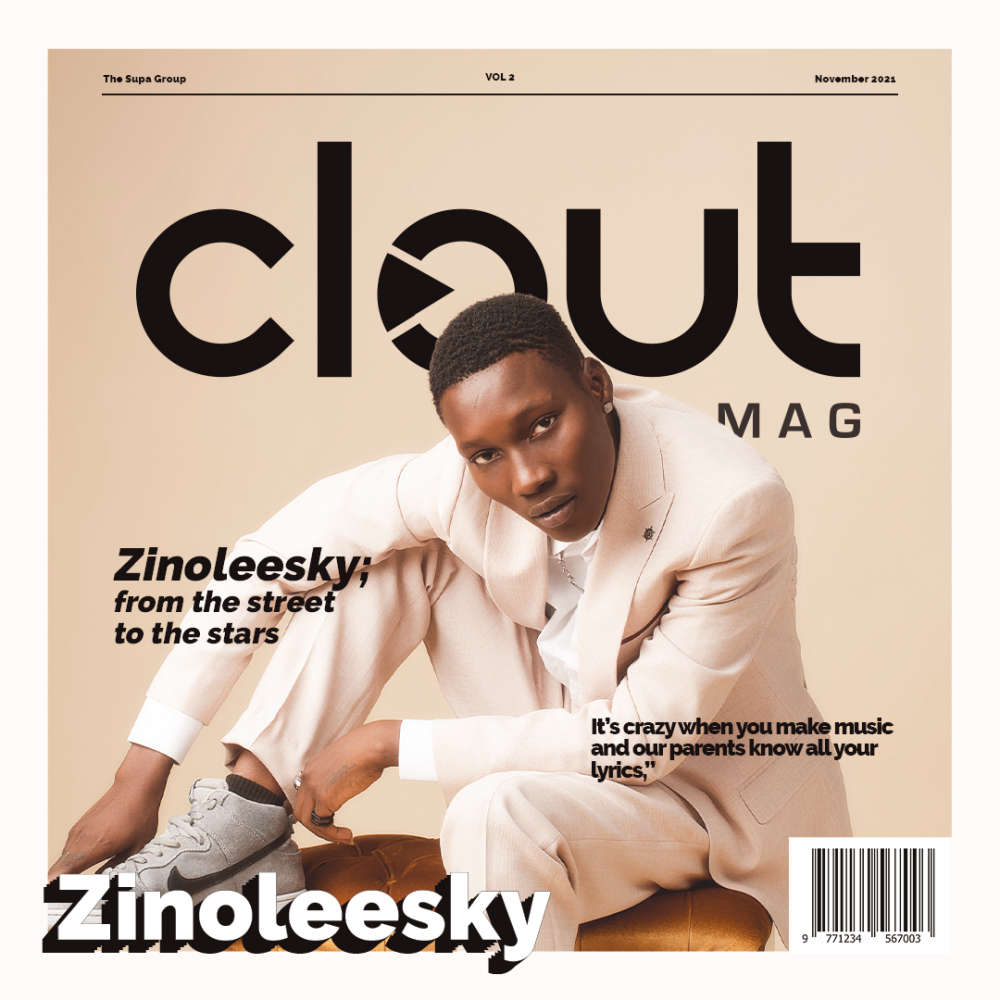 These 5 have proven themselves as the future of pop music from Africa with their music’s impact on popular culture in Africa today.

From humble beginnings of their careers, to taking over radio airwaves, club DJ sets, music lovers’ playlists and indeed the global streaming space, The Supa Group have cemented their status as the most influential artists in Nigeria today, not only for their unique sounds but also for the messages of positivity and hope that they bring to their fans. With their music echoing social issues, community and identity in Africa we’ve interviewed each of them to get a more personal feel of their careers and the stories behind some of their hit songs that have shaped the popular sound on radio today.

“If we don’t give our biggest stars the cover story treatment they deserve, who will?” Oladotun Kayode, Chief Brand Officer at Clout remarked. “Each of these artists are brilliant and have their own unique stories which define what we all love and listen to. It’ll be a disservice for their stories to go untold or even worse be bastardized by people who know nothing about our culture and experiences.”

The magazine also celebrates a diverse array of female executives and new voices in the industry, showing an often underappreciated demographic of the industry.

It’s currently available for download on the Clout Africa website, Clout.ng and physical copies will be made available on request.