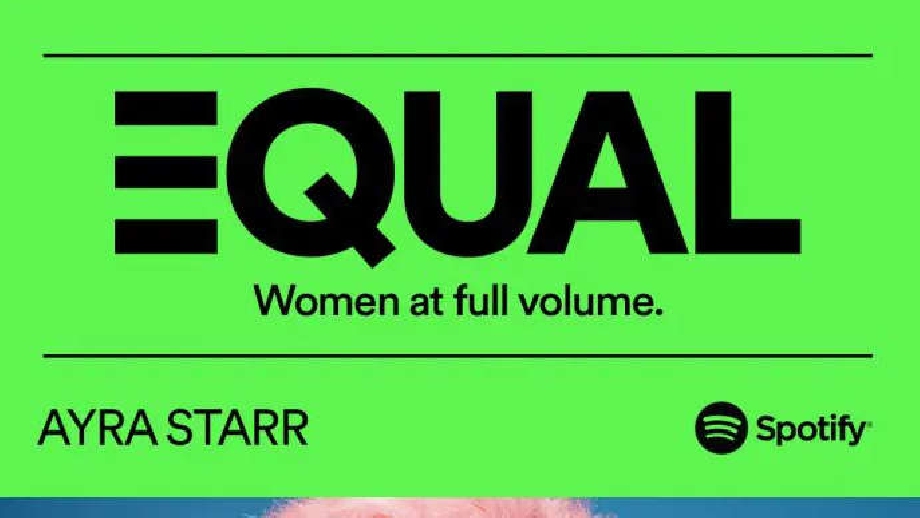 Bloody Samaritan, from her debut studio album '19 and Dangerous' paved the way for her

In this month of November, Spotify celebrates Ayra Starr, a fast-rising star in Nigeria's music industry.

She is the newest artist to join its Equal Music Programme as the Equal Africa artist of November.

Spotify welcomed Ayra as she joined the list of fierce African women making waves in music.

Her smash hit, Bloody Samaritan, from her debut studio album '19 and Dangerous' paved the way for her.

The statement from Spotify reads as follows:

“Our aim with the EQUAL programme is to create a space on the platform that allows us to solely amplify the work of female creators. Ayra represents the rise of new-age female artistes whose creativity and determination breaks barriers between genres,” she explained. “She possesses the boldness and swagger that we are used to seeing from pop artistes but has an edge that feels symbolic of the listening habits of Gen-Zers. We aim to amplify more confident female voices like hers through EQUAL.”