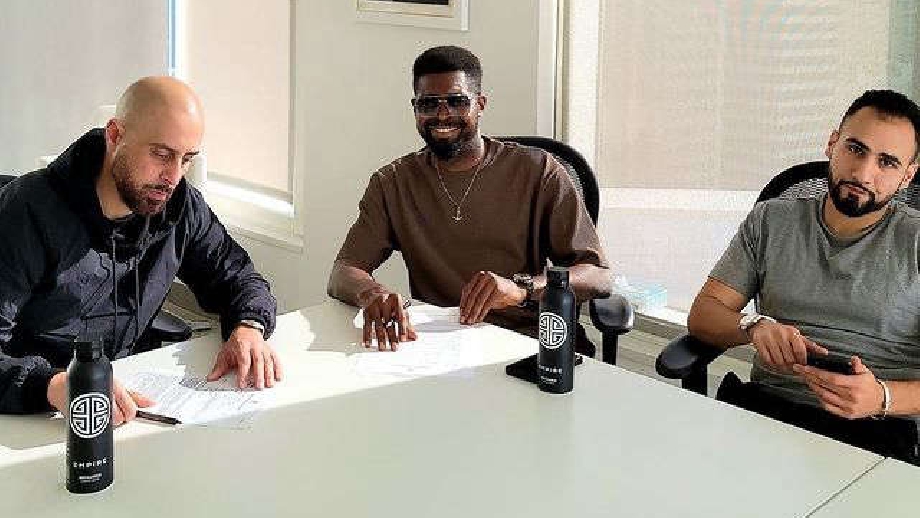 Ace comedian and actor, Bright Okpocha popularly known as Basketmouth, has been signed by a U.S based record label, as seen on his Instagram page and Twitter handle.

Yesterday, the comedian made an Instagram post about his latest accomplishment, adding a video and pictures during the time the deal was being made.

In doing so, he asked his music producer, Duktor Sett, if he was ready to make more music.

Hey guys, did I mention that I’ve been signed by @empire? Well…I am.

Basketmouth has been a sensational stand-up comedian who later delved into TV shows. You would know him on Flatmates and Papa Benji. Now, it is time for him to rule the music world in Nigeria and beyond.

His 2020 project, 'Yabasi' is still doing well, after having moderate success with fans.

His latest release with rave singer Buju and fast-rising producer Duktor Sett is also under the auspices of Empire Distribution.

Empire is an independent record label that handles music licensing and distribution in the USA. By signing this deal, Basketmouth will be joining his entertainment counterparts Olamide and Fireboy DML. Although Empire has released albums in various genres, it is predominantly focused on hip-hop music. Many prominent companies and artists have partnerships with the company.