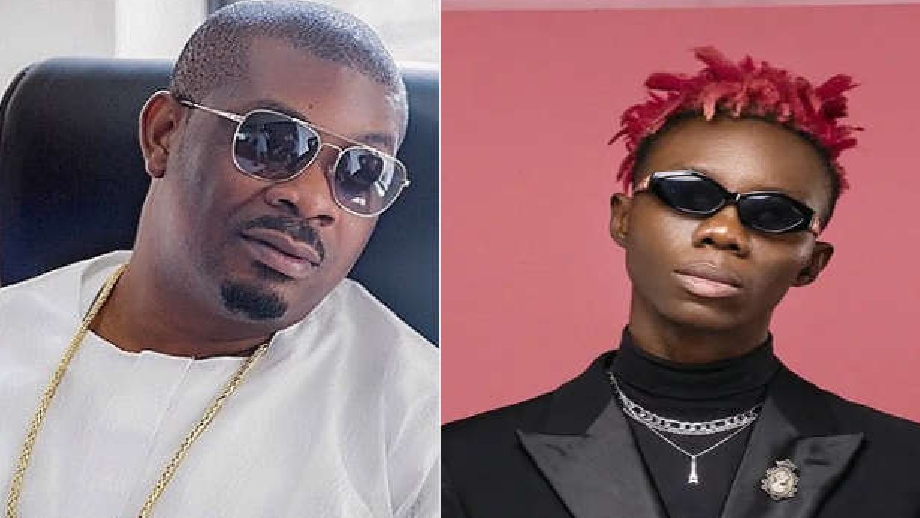 Music Mogul, Don Jazzy and Blaqbonez have both shared their feelings on the latest Nigerian music sensation, Asake.

Don Jazzy was on his Apple Music show with DJ Big N when he called Asake a "brilliant artist."

Jazzy told DJ Big N that the experience that had blown his mind over the last week is ‘Ololade Mi Asake’.

He continues: “I feel like Ololade Asake is such a brilliant artist, he’s an all-rounder, he’s one of the artists you don’t get all the time but when they come, you just know that a star has been born.”

On his part, Blaqbonez also hailed Asake as a genius. He had done that in the past, but with Don Jazzy's latest comments regarding Asake, Blaqbonez's old Twitter comment on Asake resurfaces again.

“The greatest performer in our music industry is in oau, his name is Asake What i saw was unbelievable, thirty minutes of Greatness argghhhh.”

Asake who has been consistent in releasing high-quality music has made his debut on the global chart with “Peace Be Unto You.”