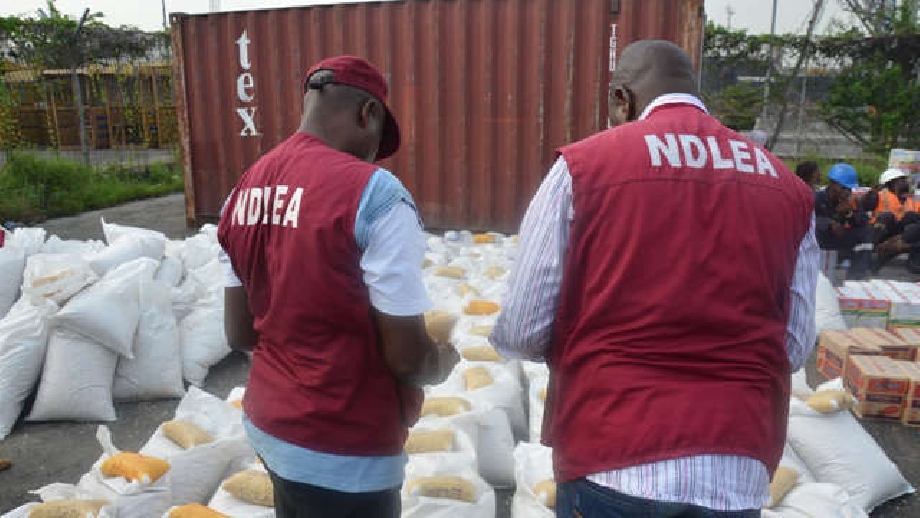 The National Drug Law Enforcement Agency says the huge seizure made in the Ikorodu Area of Lagos State is a deadly blow to the drug cartels involved.
Spokesperson of the agency, Femi Babafemi said this while addressing newsmen.
He also warns them to desist from doing drugs or face the law.
Babafemi notes that the seizure was a joint effort between the NDLEA and the American Drug Enforcement Administration.
Recall that on Monday, the NDLEA announced that illicit drugs worth more than $278, 250,000 equivalent of about 194.7 billion naira in street value was seized at a warehouse in Ikorodu.
=======================

Meanwhile, President Muhammadu Buhari says the recent successful operation of the National Drug Law Enforcement Agency leading to the smashing of an international drug syndicate is commendable.
The President’s spokesman, Femi Adesina says the president made his feelings known when he made a telephone call to Chairman of the NDLEA, Buba Marwa, from New York.
The president is currently in New York, United States, where he is attending the 77th session of the United Nations General Assembly.
====================
Do you know that cooking gas has increased by up to 101% in the last one year?
Well, that’s the latest data coming from the Nigeria Bureau of Statistics.
According to the NBS, by August last year, it only cost just over N2,200 to refill a 5kg Cylinder while a 12.5kg rose from approximately N5,000 last year to just over N10,000 in August
================
The World Athletics has ratified the world record set by Tobi Amusan in the women’s 100m hurdles semi-final at the Athletics Championships in Oregon in July of this year.
This was disclosed on the athletics body’s official website via a statement on Tuesday.
Amusan, who ran a time of 12.12 seconds in the semi-final, broke the former world record of 12.20 seconds set in the same category by Kendra Harrison at the 2016 London Müller Anniversary Games.
This development is coming just after President Mohammadu Buhari honored Tobi with the ‘Officer of the Order of the Niger, OON award for her exemplary display.
Amusan became the first Nigerian world champion in an athletics event when she won the 2022 World Athletics Championships 100 metres hurdles gold medal.
===================
That was the news and remember, elections have consequences. If you registered last year for PVC, go to the nearest inec office where you registered to collect your PVC.