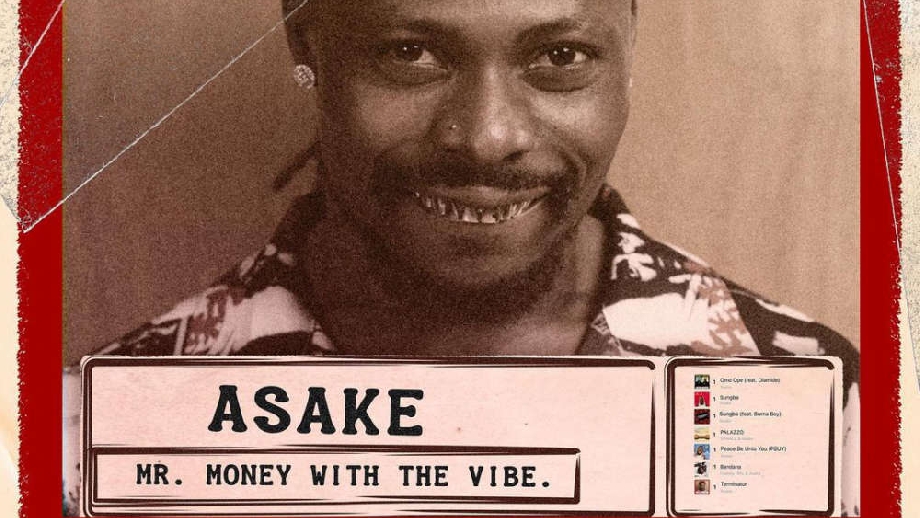 Hats Off To Asake as he drops his debut Album “Mr. Money With The Vibe” months after consistently releasing smashing hit songs.

The Afrobeat newbie is having a stupendous year, just months after the release of “Ololade Asake” EP the artist drops his debut album “Asake, Mr. Money With The Vibe”.

The YBNL poster boy certainly has 2022 on lock, as he found fame after he collaborated with record label boss Olamide, the track which got him signed to YBNL and international label Empire records.

The singer fashions out his debut album, affirming his position in the Afrobeat space, just months after the release of a chart wrecking EP and notorious smashing hit singles like “Sungba” remix featuring Grammy Award-Winning Burna Boy, working with superstar DJ Spinall on “Palazzo” and lighting up the industry with “PBUY” among other serial hit jams.

The consistency and pace of the eclectic artist should be studied, what a way to announce yourself in the industry, just under eight months in the record label Asake has already pulled a record-breaking year.

“Mr Money With The Vibe” is defiantly going to rack up streams and wreck a lot of charts.