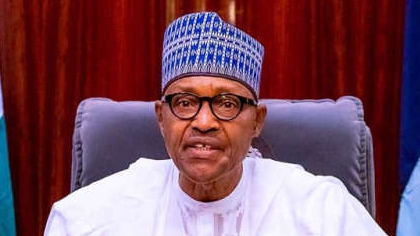 Wondering if the country has the estimated capacity? Well, President Muhammadu Buhari says it will be partly funded by borrowing despite concerns from some quarters. This comes after he presented the 2022 Appropriation Bill to a joint session of the National Assembly on Thursday afternoon. The budget is one of Economic Growth and Sustainability, so says Nigeria’s number 1 citizen.

There is no plan by the Nigeria Police to reinstate the disbanded Special Anti-Robbery Squad -SARS. That’s according to a statement by the Police Public Relations Officer, Frank Mba. According to the police, the clarification comes after reports making the rounds both online and offline that the IGP had ordered the re-instatement of the disbanded SARS.

Super Eagles' chances of qualifying for the 2022 World Cup took a big hit yesterday after the team lost 1 – 0 to the Central African Republic. Namganda scored the game’s only goal in the 90th minute at the Teslim Balogun Stadium.

Nigeria still leads the group with six points after three games. The Super Eagles will face the same opponent on Sunday in Cameroon.