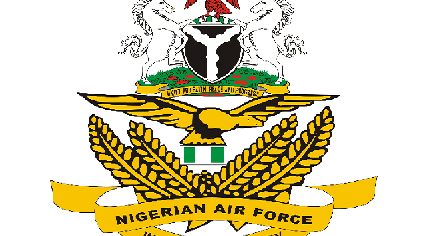 Other news: The kidnapped twin daughters of the Owalobo of Obbo Ayegunle, NDLEA

Let’s begin with the Nigerian Air Force’s denial of reports that it paid 20 million naira to bandits in Jibia Local Government Area of Katsina State in exchange for a captured anti-aircraft gun.
Airforce spokesperson, Air Commodore Edward Gabkwet, said in a statement that there is no truth in the reports which he described as spurious and designed to cast aspersions on the good image of the service.
Gabkwet adds that there is no basis for the air force to pay bandits or any criminal elements.
He urged the media, national, international, and social media, to be circumspect in their reportage, as well as endeavour to always verify facts before going public.

The kidnapped twin daughters of the Owalobo of Obbo Ayegunle in Ekiti Local Government Area of Kwara State have been rescued.
Reports say they were rescued on Sunday alongside three workers of the king.
A statement by the Police Public Relations Officer in the state says all five of them were rescued unhurt, adding that the kidnappers abandoned them after a hot chase by the police, local hunters and vigilantes.
The statement adds that the five rescued persons have been medically certified and have been handed over to their families.

Nigeria's National Drug Law Enforcement Agency, in the past week, intercepted various drugs with a cumulative weight of more than 153,00 kilograms.
The agency, on Sunday, says it also arrested 663 suspects including a police officer and soldier, during the period.
The NDLEA says items seized during the raids include cocaine, tramadol, Rohypnol and cannabis sativa.