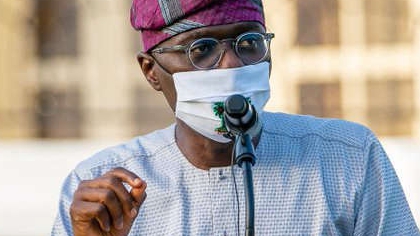 Let's begin with an update on the collapsed 21-storey building at Gerrard Road, Ikoyi area of Lagos where more than 39 dead bodies have so far been retrieved from the rubble.

Multiple sources are reporting that the dead body of the developer of the collapsed building, Femi Osibona, is one of the bodies retrieved from the rubble.

According to reports, Mr Osibona’s body was found on Wednesday and taken to the public mortuary at Yaba.
Many others are speculated to still be buried beneath the rubble.

Lagos State Governor, Babajide Sanwo-Olu, has declared three days of mourning over the collapsed Ikoyi building, which occurred on Monday.
In a statement, the Commissioner for Information and Strategy, Gbenga Omotoso, said all flags are to be flown at half-mast in public and private buildings and official engagements have been cancelled in honour of the dead.

The State Government commiserated with all those whose loved ones were killed in the unfortunate incident.

Let’s leave Lagos for Anambra where the governorship election is a day away. As such, the Inspector General of Police, Usman Alkali, has ordered the restriction of non-essential vehicular movements in the state from 11:59pm on Friday to 11: 59pm Saturday.

Akali says the measure is aimed at protecting the sanctity of the November 6 governorship election in the state.

Force Public Relations Officer, Frank Mba, said no vehicular movement would be allowed in or out of Anambra during the period.
He said the restriction order becomes necessary following pointers from the Election Security Threats Assessments conducted by the police.