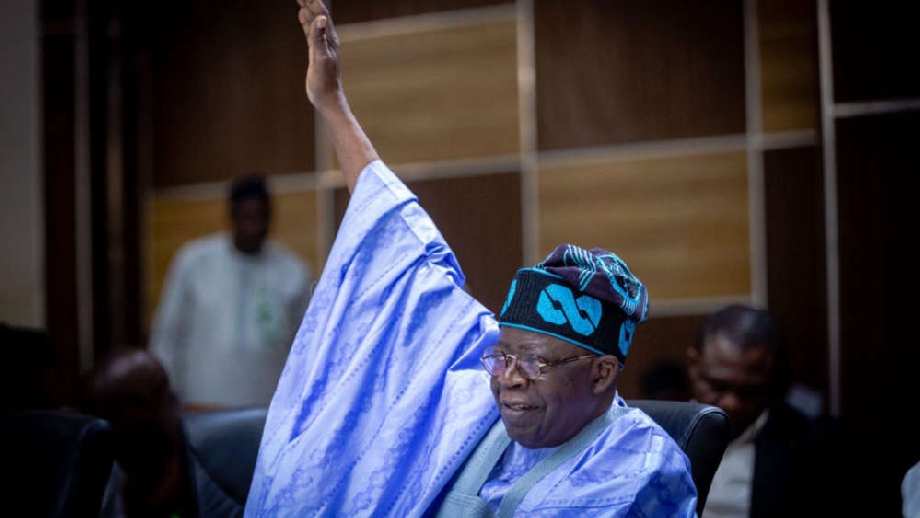 APC's Bola Tinubu, and his running mate, Kashim Shettima have flagged off their campaign

It is now 100 days to the 2023 General elections. The Independent National Electoral Commission says it’s allegiance in the forthcoming elections is to Nigerians. Chairman of the Commission, Prof Mahmoud Yakubu said this in a statement released this morning.

He insists that there is no going back on the deployment of BVAS and IReV for the elections next year. Prof Yakubu also urged Nigerians to ensure that they participate in all electoral activities especially the ongoing display of Voters register as well as collection of PVCs.

Presidential Candidate of the Labour Party, Peter Obi has reacted to Governor Charles Soludo of Anambra State saying his investments in the state as Governor were worth “next to nothing”. Obi says leadership is a continuum as people are expected to continue from where their predecessor stopped.

The Presidential hopeful who was one time Governor of Anambra State was addressing participants at an event in Lagos. Soludo’s criticism has however been met with series of backlash from Obi’s social media supporters.

The presidential candidate of the All Progressives Congress, Bola Tinubu, and his running mate, Kashim Shettima have flagged off their campaign ahead of 2023 general elections.

The campaign kicked off at the Rwang Pam Township Stadium in Jos, the Plateau State capital.

There was tight security at the venue as armed members of the Nigerian Army, the Nigeria Police Force, the Nigerian Security and Civil Defence Corps and the Federal Road Safety Corps were seen at different spots of the stadium.

Supporters of the ruling party’s candidate and his running mate also had clothes emblazoned with the faces of Tinubu and Shettima.

Following this flag-off in Jos, the APC presidential campaign train will move across the country and end with another rally in Lagos on February 13, 2023.