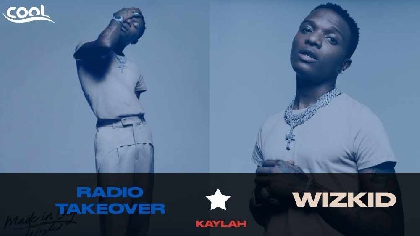 'Essence' is the first African song to achieve this feat

The hit song from Nigerian superstar Wizkid, 'Essence' has broken another milestone by entering the top 50 songs on the Apple Music chart for the US.

As of Sunday, the 4th of July 2021, 'Essence' by Wizkid featuring Tems has occupied the number 50 spot on the Apple Music US Top 100 Chart. By Monday morning the track had climbed up to reach number 23 on the chart.

This is a big milestone for the superstar, as the claim is out worldwide that 'Essence' is the first African song to achieve this feat.

According to online commentators, a lot of factors have made it possible for 'Essence' to make the top 50 on US Apple Music.

For starters, the song is already shaping up to be the song of the summer. A good number of American celebrities have shared videos vibing to it in their spare time and on public occasions. The list of celebs includes Kevin Hart, Khloe Kardashian, Malika Haqq, and others.

Essence was released off Wizkid's groundbreaking album, Made In Lagos.

It is still sitting on number 10 on Apple Music Top 100: Nigeria. The chart displays the most played songs in Nigeria, updated by Apple Music every day.