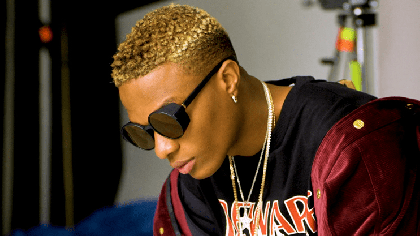 Wizkid, one of the biggest musical icons in Africa is having a good time in his career. The singer has achieved another feat with his 2017 song, Come Closer, which features Canadian superstar, Drake.

The song has been certified platinum in the UK and gold in Australia. His new achievement comes shortly after the iconic singer bagged a Grammy Award.

According to the BRITS Certified Awards website, songs are awarded platinum status when they achieve 600,000 units of sales. The records are awarded the gold status for 400,000 units and silver for 200,000 units, but this would be based on Official Charts Company data.

Wizkid's Certifications as a Lead Artist

Reacting to the news, Leandro Hidalgo, who is the mixing engineer for the song, Come Closer, took to his Instagram account to show off a plaque for the achievement.