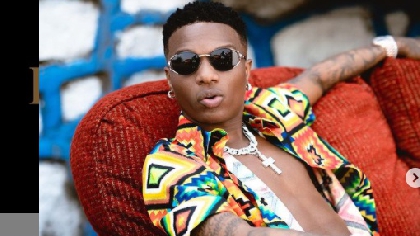 Wizkid's new single is expected to drop in a few days

Grammy Award winner and superstar singer, Wizkid has recently celebrated the 10 anniversary of his glorious endeavors as a musician.

It's been ten years since the release of "Superstar" and the thought of that brings a world of memories.

The album is renowned for songs like "Holla At Your Boy", "Tease Me", and some other hit tracks.

"Holla At Your Boy" was the perfect fan introduction to Wizkid and a masterstroke by Banky W that tapped into Wizkid’s teenage brand.

The video was shot in a school setting with the stunning Sophie Momodu as the female lead while Banky W played the dad. Other artists also featured in that video.

The record was mixed by Temi Gomez, who now manages Laycon.

On June 12, 2011, EME released the "Superstar" album to pandemonium and incredible sales.

The following are major accomplishments achieved by Wizkid in the last 10 years:

- First African Artiste to bag seven Billboard Nominations
- Wizkid Is The First African Pop Star To Perform/Sell Out Royal Albert Hall In London
- Wizkid sold out the O2 Arena in May 2018
- Wizkid becomes the first and only Afrobeats artist to make it to the number 1 on Billboard Hot 100 with One Dance.
- Wizkid has 2 Grammy nominations and 1 win for Best Music Video in 2020
- Wizkid modelling for fashion giant Dolce & Gabbana.
- 2017 MOBO Awards best International act
- Longest top 10 charting Nigerian album on Apple Music NG for MIL
- 100 million streams in 103 days on Apple music for MIL
- 420 million streams after 5 months on all platforms for MIL
- First Afrobeats artiste to appear in the Guinness Book of Records.
- Most Award nominations by a Nigerian artiste
- In 2017 Billboard reported that Wizkid signed a multi album worldwide record deal by an African artist with RCA Records a subsidiary of Sony Music after the success of One Dance.
- Most BET Awards (3) for an African artiste.
- He is also the most awarded artiste in The Headies award history
- Most awarded African artiste at the Soul Train Award (2), Billboard Awards (3), Mobo Awards (4) and iHeartRadio Awards (2)

His new single is expected to drop in a few days.