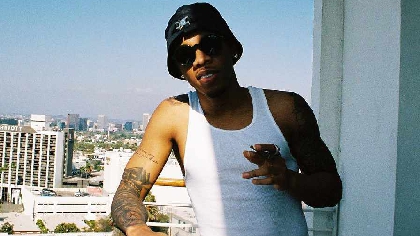 Uganda's Mpaka Records CEO is upbeat about the collaboration

A Ugandan singer, Ykee Benda, is working with Tekno Miles in abid to feature the Nigerian singer on his album.

Tekno is a huge star in his rights, and his clout is recognized all over Africa, even beyond. Also known as Slim Daddy, Tekno has rocked the industry with some top hit songs in past years including Skeletun, Go, Diana, Duro, Jogodo, among others.

Uganda's Mpaka Records CEO is upbeat about the collaboration at the same time corroborating the story that Tekno will feature on his forthcoming Kirabo album.

The wait has been long , the demand has been high , the right time is now , the right Album is #Kiraboalbum !!

This song is gonna be on my Coming album that I’m dropping in a month from now . one with a broda @alhajitekno 🔥🔥. Sorry for the delay fam 😄. Can’t wait!! pic.twitter.com/OLottAevfZ

Ykee Benda revealed sometime last month that the album dubbed Kirabo will be dropping in about two months' time.

Lately, through his social media, he maintained that the album will be dropping in about a month and Tekno will feature on it.

Less than a month ago, Tekno joined forces with South Africa's duo Mafikizolo for the remix of “Enjoy”.