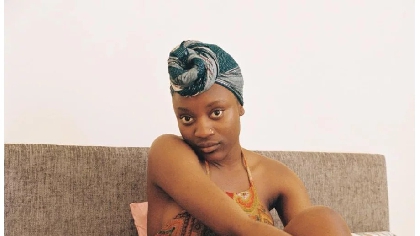 "I was literally on the phone for 6 hours working remotely with the kids..." - Makay

Tolü Makay is an Afro-Irish singer, born in Nigeria and raised in the midlands of Ireland.

Inspired by soulful artists across the globe such as Erykah Badu, Nina Simone, Amy Winehouse, Asa, and Labrinth, Tolü has released songs like "Don’t Let Go" "Wild Thang", and others.

She has just dropped "Aye" after releasing "You Are Enough" video back in February.

Offalyexpress reports that Aye, an African pop, dance, world-themed summer track, is inspired by Tolü Makay‘s Yoruba heritage with traditional Nigerian percussions such as Conga and the Talking drum.

With the pandemic still raging, it wasn't possible for the singer to come to Nigeria.

Therefore, she teamed up with some producer friends from Nigeria to gather some kids and created a mini choir, which led to the birth of this new single.

“I was literally on the phone for 6 hours working remotely with the kids as well as the Nigerian percussionist we hired for the day. He played the shakers, conga, talking drum. It was intense and  I really wish I was there in person, yet despite the current travel bans, we still managed to create this magical track.”

Her debut single was released in 2018, and ever since then, it was apparent she is destined for the stars.