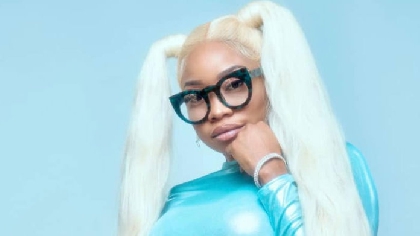 Orie’s music journey started in the children’s church choir at the age of six, and at fifteen, she had become a vocalist in the youth choir in Assemblies of God’s Church Lome, Togo.

Praise Chinyere Okoh, known by her stage name, Orie King, grew up with her parents crisscrossing Nigeria, Togo, and Ghana, which gives her a multilingual touch. Her family later moved back to Nigeria where she officially launched her music career. She released the first single titled, “In the Morning” in 2012.

“I started leading the children’s choir at the age of six. My interest in music was cultivated during my teenage years and further developed when I opted to take lessons in Sound Engineering at Sound Xtreem studio, Atlanta Georgia,” she explained.

Music talents from across Nigeria have been doing Nigeria proud on the world stage and Orie King is determined to join the big league of A list artists from Nigeria.

While established artists keep the flag flying at the global level, their exploits serve as motivation for emerging generations of artists in the country. One of such is

Orie’s music video titled “Into You” was shot in Atlanta Georgia and is getting traction on YouTube with over 76,000 views. She recently announced the release of her debut EP “Lotus”, consisting of six tracks

Prior to the latest Ep, Orie’s career journey had seen her release singles. ‘Uchenna’, ‘Need Somebody’, and ‘Tempo Mixed’. These are some of her works.

But the challenges are tough.

“It’s really hard being a female in the music industry. I have had occasions where I turned down deals because the person offering the deal became very unprofessional and either tried to sexually harass me directly or indirectly that’s a total turn-off.

"Building trust is really hard in this industry because a lot of people aren’t really who they present themselves to be. I always trust easily and that has always been my problem. Also, one of the challenges is coming out of pocket for studio times and studio times could be really expensive, but it’s all part of the growth so I’m more than happy doing it knowing that the future is bright.”

The future is not bleak at all, “I see myself making more music, becoming an international sensation. I see myself selling out arenas globally and bagging awards internationally. I also plan to invest in Africa, have a nonprofit organization for rape victims in Nigeria,” she said.