Shot in Ghana, the visual opens with a tense exchange, which finds an unarmed Omah Lay surrounded by men with machetes, knives, and bats. The clip jumps from romantic moments to the aftermath of a melee as he confidently walks through the fray. Stylish and vibrant scenes include a nighttime boat ride and a jet-setting star ready to take flight again. The editing moves in lockstep with the afrobeat bounce and hook.

Upon release, “Understand” amassed over 10 million global streams and tons of online chatter. This single notably marked his reunion with Tempoe, who produced last year’s breezy, introspective hit “Godly,” Omah Lay’s strengths as a songwriter and vocalist are in full bloom. “I enter rain ‘coz I give you umbrella / I thought we in this together,” he sings in disbelief. “Give you my last card you spend am.” His silky vocals carry so much emotion—even when submerged beneath the soothing production, you can feel every bit of hurt and confusion in his voice.

Omah Lay was recently featured on the Masterkraft remix of Justin Bieber’s chart-topping “Peaches,” with Alpha P, a fellow Nigerian upstart. Last year, Omah Lay dropped two EPs, Get Layd and What Have We Done, the latter of which includes the 6LACK-featuring “Damn.” In the wake of the recent tragedy, Omah Lay used his platform as an artist to bring awareness to the #EndSARS movement in Nigeria, speaking with Teen Vogue and Harper’s Bazaar about the situation and ways to support the affected communities. “Understand” shows that all these textured, introspective singles are just the start for Omah Lay. 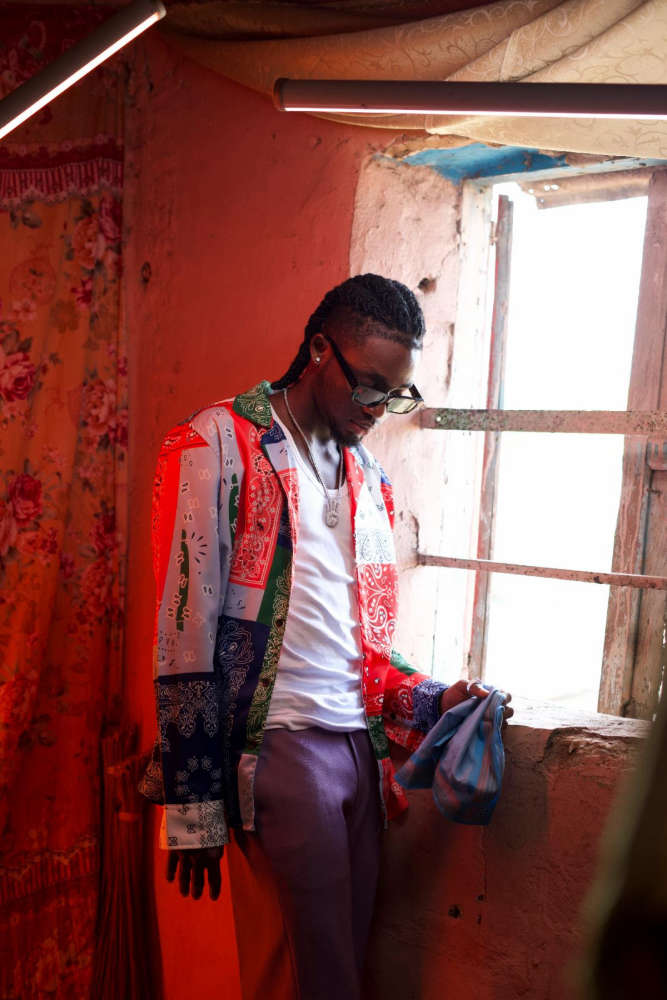 ABOUT OMAH LAY
With his darkly sparkling vocals, evocative storytelling, and contagious rhythms, Omah Lay is quickly becoming one of Nigeria’s most talked-about musical innovators. The 24-year-old singer and producer’s brand of Afro-fusion effortlessly pulls from his deep personal history with West Africa’s percussion-heavy highlife genre, as well as his enthusiasm for the popular sounds of his generation—from classic rap to the Afro-beats empire flourishing in his home base of Lagos. Throughout his inventive Get Layd EP, his lithe voice unravels tales that range from introspective to romantic to gratifyingly explicit, expertly laid over lush and soulful instrumentals. Layered with vivid scenarios and heartfelt confessions, Omah Lay’s rich music not only depicts a young man daring to reveal his grittiest vices and innermost feelings, but also doubles as a fascinating window into Afro-fusion’s bright and expansive future.