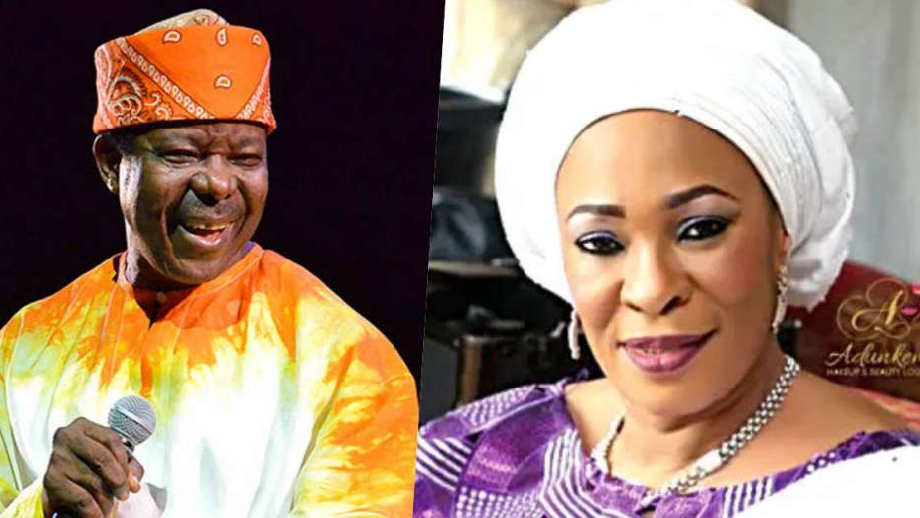 One of the wives of King Sunny Ade, Ajoke Adegeye is dead

Legendary Singer, King Sunny Ade is mourning the death of his wife Ajoke Adegeye, who was recently reported to have passed away.

According to Mp3bullet.ng, Hon Risikat Ajoke Adegeye, a former member of the Lagos State House of Assembly and one of the wives of legendary musician King Sunny Ade, has died.

She died in the early hours of Tuesday.

The cause of her death is unknown at the time of publication. According to the Vanguard, the deceased’s death could have been caused by cancer, which she had been battling for a long time before succumbing to death.

In a statement issued on Tuesday, Mr. George Folarin Olawande confirmed the death on behalf of the family.

The statement read in part:

“We wish to formally inform, friends, well-wishers, political associates, and the general public that Hon Risikat Ajoke Adegeye passed on after a brief illness during the early hours of Tuesday, 21st September 2021.

“Hon Risikat Ajoke Adegeye was an Honourable Member in the 6th Assembly of the Lagos State House of Assembly.

“She will be greatly missed not only by her immediate family but also by her political associates and followers. Further information in respect to her burial ceremony will be announced later after extensive consultations with the family.

“Thank you as we pray that she continues to rest peacefully and eternally with the Almighty God.”