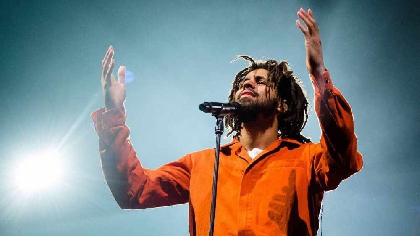 'The Off-Season' will also be lauded due to its themes

J. Cole's sixth studio album is about to be launched next Friday. He is busy building moment to the new album, expecting it to garner much interest from members of the public.

The rapper appeared to have been on hiatus because he didn't deliver an album since 2018.

J.Cole ramped it up when he randomly tweeted two days ago, “Is this thing on?” But the elusive Cole quickly returned with the announcement fans have been waiting for — a release date for The Off-Season.

Commentators say it is a good thing the rapper is bringing the long, laborious wait to an end.

“Just know this was years in the making,” he wrote alongside the album’s dramatic cover art. “My new album The Off-Season available everywhere 5/14.”

Just know this was years in the making.

Judging by what he did in the past with the release of KOD, 'The Off-Season' should be a major success for the rapper, who's been working hard on this new project for a number of years.

KOD debuted at No. 1 on the Billboard 200 upon its release, selling over 397,000 total album-equivalent units in its first week, earning Cole his fifth consecutive No. 1 album in the United States.

That album is seen as one of the most important rap albums of our time. Now, 'The Off-Season' will also be lauded due to its themes which boldly tackled addiction to not just drugs but money, sex, power, and relationships.