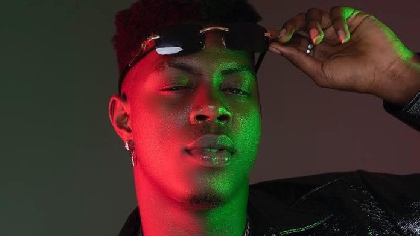 He described his music as ‘the heart’s radio’

Amodu Francis Eleojo is one of Nigeria's rising artists trying to reach higher in the industry.

In a brief interview with Thisday journalists in Abuja, he bemoaned the effect of insecurity on the entertainment sector.

He said tours, shows, events, and concerts which were the propelling activities of the entertainment industry were grinding to a halt by the insecurity issues.

“It is a major concern. If truly the government wants a secure nation, I would suggest they put away personal agenda and tackle insecurity.

“Every sector of the country is vulnerable and unstable including the entertainment industry,” he said.

Eleojo, famed for his most popular song: ‘Gbege’, described his type of music as more or less an afro-beat fusion of sound.

He described his music as ‘the heart’s radio’ adding he always expresses himself and put together his life experiences in his music.

On his next plan, Eneojo noted that he had a whole lot working on particularly his debut album, which he hopes to drop soon.

He vowed to continue to put in steady work, expect steady growth and work smarter to get to where he wants to be.

“The future really holds a lot and definitely I would get to where I want to be anytime soon.”
In his new song, EP (Extended Playlist) released on March 12, 2021, Eneojo noted that the music is his first-ever body of work.

“It’s called ‘Trail the EP’. It’s my first ever body of work. I have five great songs on the EP”.

Born and raised in Kogi State, Eleojo started his music career in 2018. He is yet to release his first album. He started singing in his secondary school days.

He also expressed his admiration for Olamide, saying that he inspired him at an early age, in addition to being versatile, hardworking, consistent and humble.