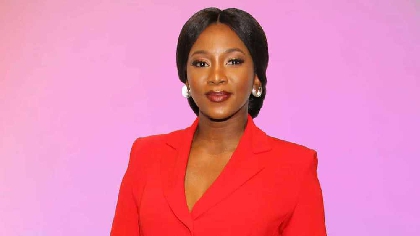 Nnaji will play the role of one of the musician's dancers

Nollywood actress, filmmaker Genevieve Nnaji joins the cast of an audio adaptation of Broadway musical 'FELA!' premiering on the Clubhouse app this weekend.

Nnaji will play the role of one of the musician's dancers known as the 'Kalakuta Queens,' in Fela Ten-Twenty, the organizers said. Fela famously married all 27 women in a single ceremony in 1978.

Broadway musical 'FELA!' production highlights the struggles of Nigerian music star and Afrobeat pioneer, Fela Anikulapo Kuti who was an outspoken critic of Nigeria's military regimes and was frequently arrested for his troubles.

'Fela Ten-Twenty' director and producer, Funa Maduka, told CNN that while the audio adaptation is a nod to the original Broadway musical, 'Ten Twenty' represents the date of the shooting of protesters by security forces at the Lekki Toll Gate in October 2020, in the wake of the nationwide #ENDSars anti-police brutality protests.

She added that the Clubhouse adaptation will frame "the #EndSars movement in the context of Fela Kuti's legacy."

"Fela's music... demanded global engagement with African political thought. In the aftermath of the October 2020 #EndSars protests ... his message still achingly resounds. This production is a love letter to those fighting for a better Nigeria," said Maduka.

The actress told CNN via a statement that she was "honored to be part of the production."