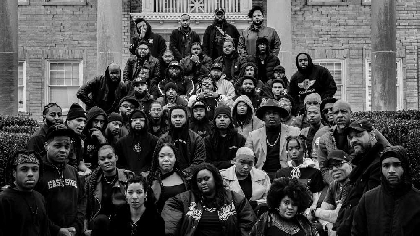 The album is centered around racial injustice, activism, generational wealth...

In 2020, around the time when the world was still suffering more from COVID, some 50 Oklahoma-based artists set out to record Fire in Little Africa, an album that commemorates the centennial of the 1921 Tulsa Race Massacre.

Among them are rappers, singers, and producers who spent several days working tirelessly from their respective locations, aiming for musical excellence.

They recorded about 150 songs and finalizing production through video chat, Fire in Little Africa came to fruition.

According to the producers, the album’s mission is to recondition the minds of listeners. But it didn't focus solely on the past.

Nearly 100 years ago, a white mob descended on the streets of Tulsa’s Greenwood district and horrendously burned down the neighborhood known as “Black Wall Street.”