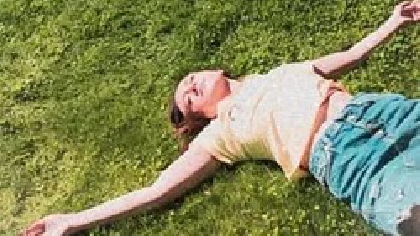 Ellie Swartz released her new EP "run" on all music streaming platforms on May 21, 2021

Ellie Swartz is a singer/songwriter based in Brooklyn, NY. She grew up in NJ, where she began her love for music at a young age. She writes, records, and produces her original music, under the name ELLIE.

"run"- EP features ethereal, blending genres with her layered harmonies, sounds of nature, over ringing guitars and beautifully crafted vocal and instrumental production. She started writing for the EP in 2019.

Prior to the pandemic, she performed as an actor on stages all over the country and her original music in small venues throughout NYC, NJ and PA.

"All of the people involved in making this record are close friends and performed with me live before the pandemic. They understand the world in which the music sits. I admire their work on this record so much - I couldn't have completed it without them" Ellie said, referring to Kyle Ward (production, percussion, guitar), Josh Young (guitar), Pierce Bradley Lockett (guitar) Anton Kurdakov (bass) Stefano DB (guitar) and Jason Leonhard (piano).

Ellie said, "I worked many hours perfecting harmonies and layers to make the record sound exactly as it did in my head, and it turned out even better than I imagined. The music is ever-growing and changing in sound and meaning, so I see this EP as a benchmark of where I am at this moment in my process and I can't wait to release more."

The 4-song EP features all original songs, written by Ellie Swartz and produced in collaboration with Kyle Ward.