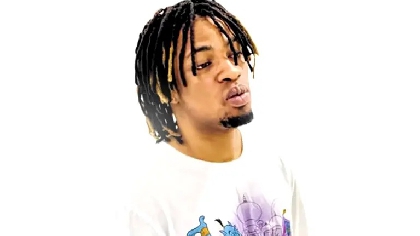 Rising music artist, Opeyemi Abiodun, popularly known as Pop Boy, has revealed the inspiration he got and that led to making his new song "Mumu Button".

He told Vanguard News that the love story of Davido and his estranged lady, Chioma Rowland, popularly known as ChefChi, solely inspired his latest single, which just hit the internet Saturday.

The "Be Known Entertainment" frontline act, said that the song bordered on the power a lady could possess over a man. A lady would go to great length to seduce a man and make him dance to her tune always, no matter the situation, and without being diabolical (though some won't mind employing diabolical means).

“Love is a magical feeling that has turned many to ‘Mumu’ and I have been a victim. So I know how it feels,” Pop Boy said.

He had been following the love story of Davido and Chioma for quite some time, to be able to make a song inspired by their affairs. He implied that no matter what it was, he and couldn’t visualize how Chioma managed to get Davido to love her that much, and yet, he continues to showcase her every moment, something not too common among artists.

His words: “Davido and Chioma love life inspired me to put together the song. It was during my service year in 2019 at Abakaliki. I’m always stuck to their love life. I was usually dazed with the way Davido treats Chioma; how he took her to the O2 Arena, and how he shows her love and takes her around, showing her as the real housewife, unlike other celebs.

“So I thought that for Chioma to be able to detect David’s ease spot, that means she got Davido’s Mumu Button. And she must have done a very good job in that regard because for a celebrity like Davido to have been caught in the web of Chioma, she really tried. However, I was equally surprised at how the whole lovely life hit the rock. But how I wished they could come back together,” he wished.

The new single is now available on all streaming platforms across the globe and he has promised that the visuals would follow soon.