Censorship: BTS, Others Missing in Friends 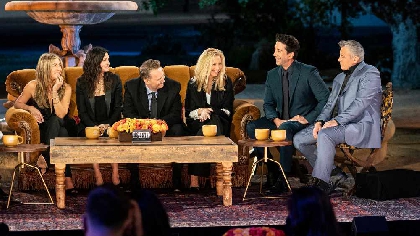 To the surprise of everyone who loves the Friends reunion special, key performers were missing because China censored them.

The reports continue to offer that it is believed that footage of the stars was cut because they are deemed to have insulted China in the past.

However, this US sitcom is hugely popular in China, and the censorship upset fans who number into millions.

"Help! Are we never going to move on and change? This will just make me want to find out more about the cut scenes," one person commented on the microblogging platform Weibo.

Some fans have since sourced and shared the deleted clips on social media on their own, while others circulated links to the uncensored, full episode, hosted on piracy sites.

Friends' Reunion show is responsible for introducing many Chinese fans to American culture and also teaching them English.

BBC further reveals that the reunion episode had brought all six principal cast members together to talk about their time on the beloved series, along with interviews with celebrities and fans.