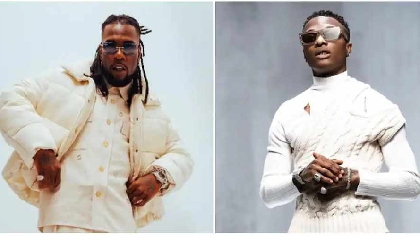 As usual, fans have been making their own choices for winning

- Recall Burna Boy has won in the last two years and Wizkid won it in 2012 when the category had two divisions - Other 2021 nominees include Tanzanian superstar, Diamond Platnumz, and Brazilian act, Emicida.

As soon as BET announced the nominees for the award, Nigerian music lovers got pretty excited as two of their very own have been nominated.

As usual, fans have been making their own choices for winning on the Tweet by making comments that range from indifference to preference for the award.

Legit.Ng reports that this isn't the first time Burna Boy has been nominated in this category. Burna Boy has won in the last two years. Before then, Wizkid won the award in 2012, when the category had two divisions for Africa and the UK.

If anyone of Nigeria's singers wins the award, Nigerians may well remember Davido's words when both singers won the Grammy Awards. He said it's a victory for Nigeria, the culture, and the people.