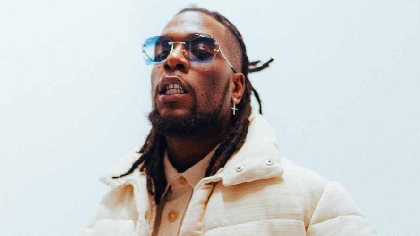 "Kilometre' was produced by Chopstix

Burna Boy will not stop, not just now. The Grammy Award-winning star has dropped his first solo single of 2021, "Kilometre".

The new single praises the accomplishment of the superstar. In the song, Burna Boy brags about his talent, wealth, status, and achievement. The song, which was released on the first day of May 2021 got streams and views up to 257,000 listens on Audiomack, 265,000 views on YouTube, clinching the number one spot on Apple Music's top 100: Nigeria songs and Afrobeats Global on Spotify, as seen on AllAfrica.

Burna runs wild and free in this new tune; a song that chronicles his journey, detailing how far he's come in his career and so, slaps different.

"Kilometre' was produced by Chopstix, who is known for his versatility and flexible style that highlights hip-hop and dancehall, creating hybrid sounds from a blend of different genres of music. One of the most successful African artists on the continent and known for his indigenousness.

He makes his fans see and feel everything they need to know about his musical state of mind, chapter, and verse.

After winning Grammy in the Best Global Music Album category for Twice as Tall and a Best International Act nomination in the Brits awards, Burna joined forces with diverse fellow artists for collaborations; Becky G in "Rotate," featured in Pepsi's global football campaign, "Music Keeps Us Fizzing", and most recently, Canadian superstar Justin Bieber in "Loved by you".