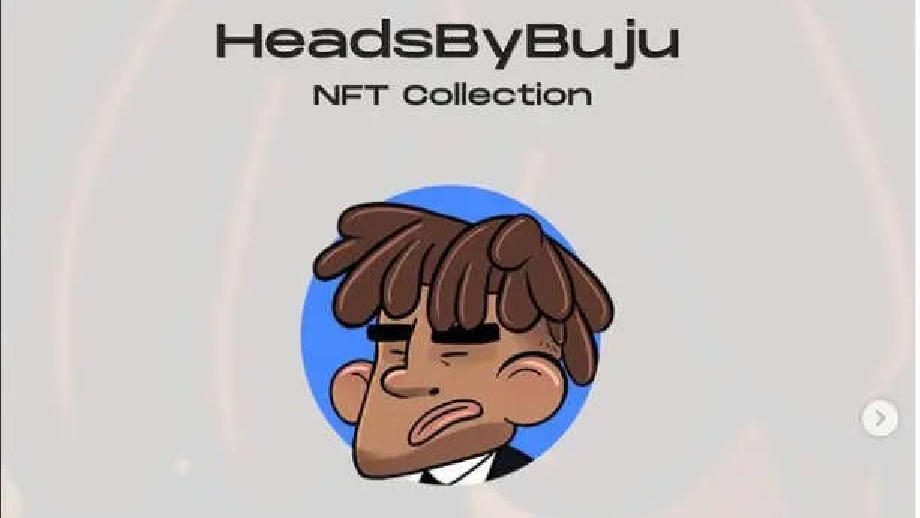 Nigerian rave singer Buju is set to launch an NFT “Heads By Buju”.

The “Feeling” crooner had hinted at a possible entry into the NFT space.

Information regarding this new metaverse reportedly to be from Buju claims that the first 1000 People to join the discord stand a chance to win part of the 20 Buju heads up for grabs.

The Roadmap Reveal has been scheduled for Friday (January 7th) on discord.

The new initiative has about 3,000 members signed up already.

@thewilldowntown, an Instagram page wrote: Another level of Crypto in Nigeria!

Buju has just announced his one-of-a-kind NFT project @headsbybuju which would give his fans an opportunity to connect with him on a deeper level as we step into the future of music.

He’s looking to build a community in the metaverse and give his fans a chance to connect with him in more ways than music.

The project is slated for release later this year. But it is not clear yet what type of MFT the singer is launching.