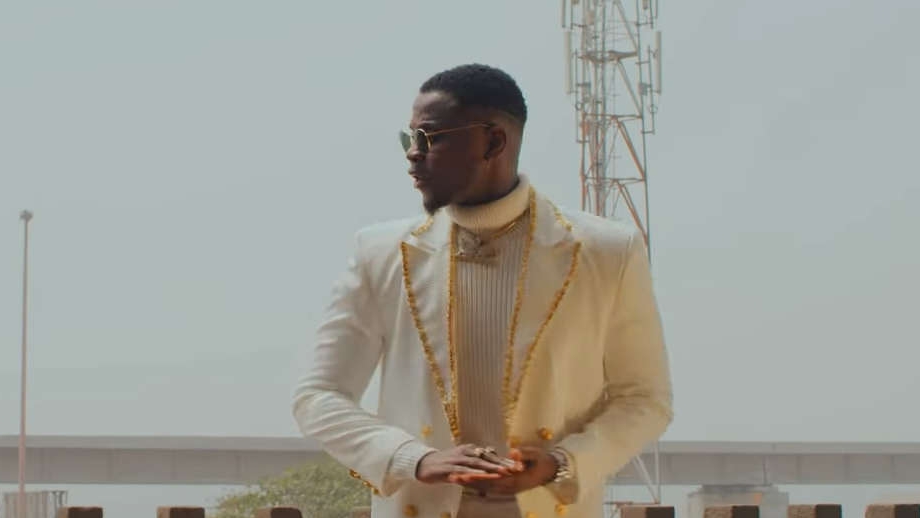 His fourth EP titled ‘Barnabas’ was released on Friday

Afrobeats singer/songwriter, Kizz Daniel has hit a milestone on Audiomack as he released his new EP ‘Barnabas’.

The singer sets a record like that of Drake, when his latest album, 'Certified Lover Boy' had several tracks occupy the Billboard Hot 100 chart in the United States.

His fourth EP titled ‘Barnabas’ was released on Friday, November 19, 2021, and it has been gaining ground, especially on Audiomack.

Just a few days after the EP was released, songs from it have been announced as the top-5 most-streamed new Afrobeats songs for the week.

Check out the image below. 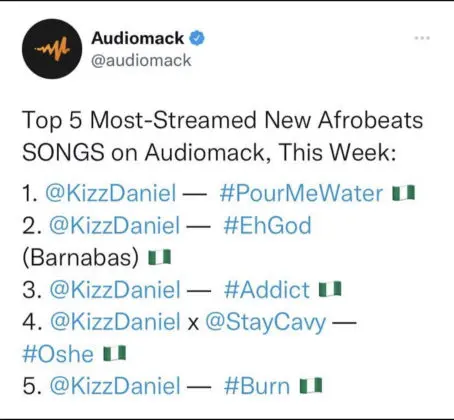 According to Audiomack’s Twitter page, songs like “Pour Me Water,” “Eh God (Barnabas),” “Addict”, “Oshe” featuring The Cavemen, and “Burn” were among the top five most-streamed afrobeat songs for the week on the music-streaming platform Audiomack.

At the time of writing this article, the singer also has three tracks from the EP on the top-10 spot of Apple Music Hot 100 Nigeria.