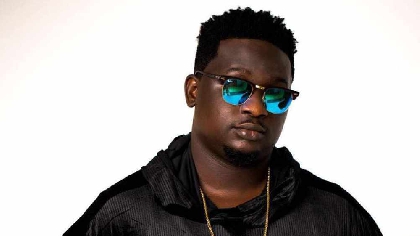 Wande Coal, Falz, and Mayorkun are probably set to drop albums in 2021

It appears that Wande Coal is trying hard to finish work on his third studio album this year.

Lately, Wande Coal has been seen working with Don Jazzy and Andre Vibez for what we can't say is an album or EP. You'll recall that Andre Vibez produced 'Feeling' for LadiPoe and 'Ye Ye Ye' for Omah Lay.

The son of the legendary musician, Victor Uwaifo, Andre Vibez cut his teeth producing for Rema and Alpha P's group in Benin City, Edo State. Over the past two years, he has quit his day job and produced 'Ye Ye Ye' for Omah Lay.

Don Jazzy and his former protege, Wande Coal, and D'Banj were recently seen performing together at rapper Ikechukwu's wedding.

Wande Coal, Falz, and Mayorkun are probably set to drop albums in 2021. Coal was spotted recording with both producers are efforts continue to complete work on his third studio album.

Another reliable source claims that Wande Coal may feature on M.I Abaga's next album because they've been seen working together.

A video of them together surfaced on Instagram on the 1st of June, 2021. They are seen together in a room with other friends when M.I who was recording the video, excitedly let out that he is working on an album.

DJ Neptune and Wande Coal already worked on a track called Music Messiah which turned out not bad after all.

All these public appearances and working with other musicians may be a way to promote Wande Coal and lift him to success in 2021.