Why We Are More Lenient With Danfos Than Private Cars - LASTMA 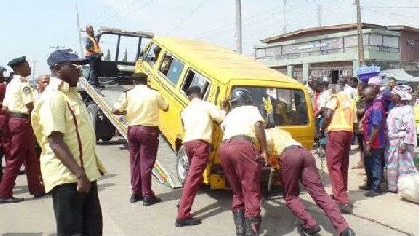 The Lagos State Traffic Management Authority (LASTMA) has explained that they do not clamp down hard on commercial buses because enforcing the law strictly, will have adverse effects on Lagosians.

General Manager, LASTMA, Engr. Jide Oduyoye was on Nigeria Info FM's Hard Facts with Sandra Ezekwsili on Monday and was asked if there is a way LASTMA can get buses to not obstruct the flow of traffic.

Responding, Mr Oduyoye said that it is a difficult situation because if LASTMA goes all out to enforce all traffic laws on commercial drivers there will be a lot of passengers stranded at bus stops and there will be no buses to convey them as the buses would have been impounded by LASTMA.

In his words: "There is no point thinking there is a magic LASTMA will perform.

"You're dealing with the public who do not have the patience to understand and assimilate with anything.