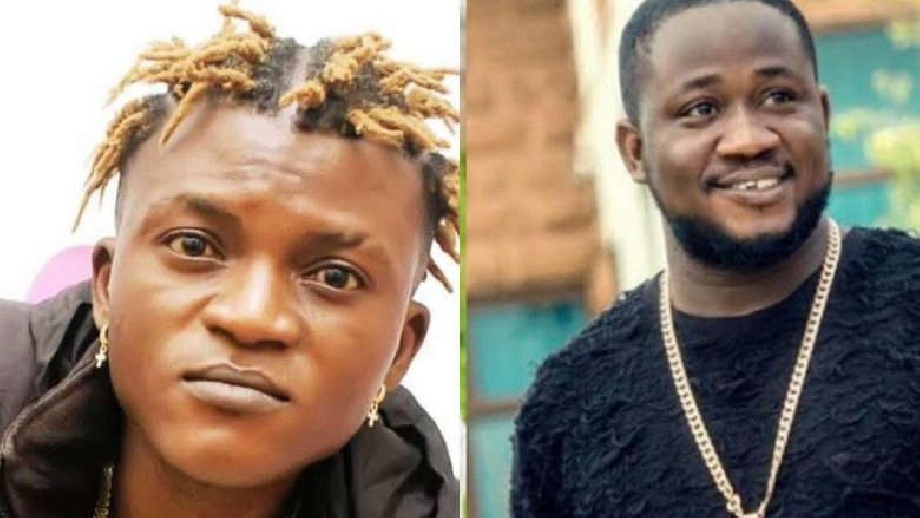 "We just wanted people to keep talking about us" - Portable

Fast-rising Nigerian Afrobeats singer, Habeeb Okikiola, (Portable) has revealed the real reason he had a squabble with music promoter, Kogbagidi.

In a recent interview, he claims his fight with Kogbagidi, his promoter, was a publicity stunt.

He said that their confrontation was staged just to get people talking about him. He added that publicity also brings money.

“No fighting," he says - "we just wanted people to keep talking about us. It brings money. It’s all one love.”

Last week, the pair were involved in a public confrontation.

The singer had also threatened to hit Kogbagidi (apparently with a baseball bat) while some of his other associates tried to placate him.

It's all for the show, the singer is now telling Nigerians, probably so that members of the public will in the future take news of Kogbagidi and Portable fight with a pinch of salt.

Portable has also called out Poco Lee for allegedly ripping him off on their hit track.

Portable is new in the industry, yet due to his unique style, he has gained traction with the hit track ‘Zazoo Zehh’ which appears to be dancer Poco Lee's song, featuring rapper Olamide.