After a five-year hiatus from the music scene, Banky W has assured fans he's still on the musical journey. A month ago, he revealed that he has concluded recording for his forthcoming body of work, 'The Bank Statements'. Now, the project is out.

He brought the season of love and lovers to fans with the latest release of 'Jo', an official video that features his wife, Adesua. The video was released about a month ago.

From 'Wedding Party' to the 2016 music video, 'Made for You'. Just like the others, 'Jo' is certainly going down the archives as the insignia of a loving couple.

Check out the tracklist below. 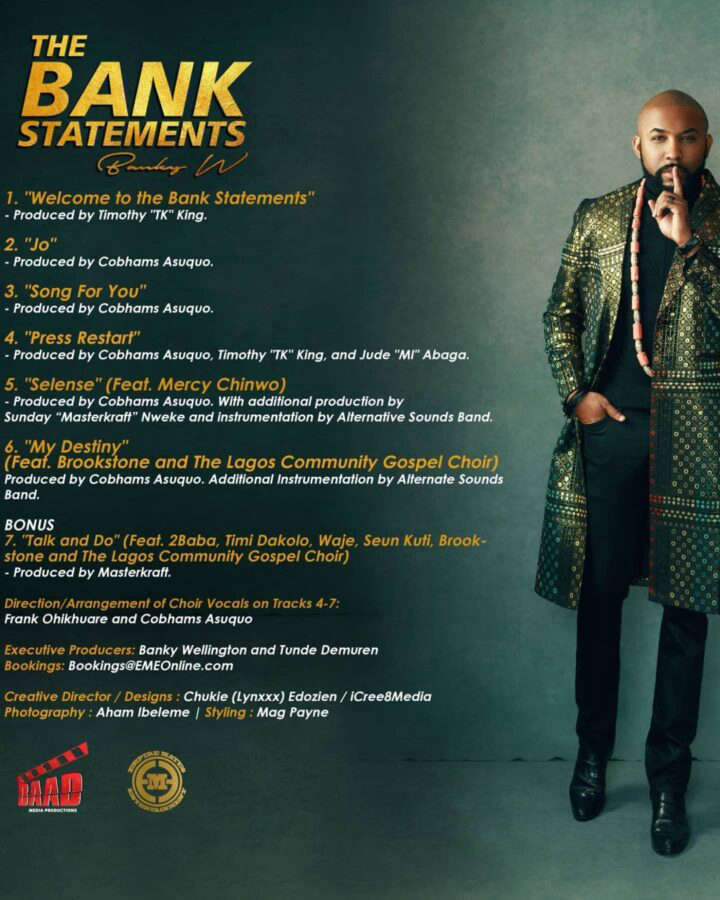 In his latest project, W features some of the finest singers in the music industry including; 2Baba, Timi Dakolo, Mercy Chinwo, Seun Kuti, Waje, Brookstone, and The Lagos Community Gospel Choir.

The body of work was produced by Masterkraft, M.I Abaga, Cobhams Asuquo, and Timothy King. It appears to tie in with Banky and his beautiful wife, celebrating their fourth wedding anniversary.

Play the intro to the EP above.