Death toll of explosion in Kano increases to 9 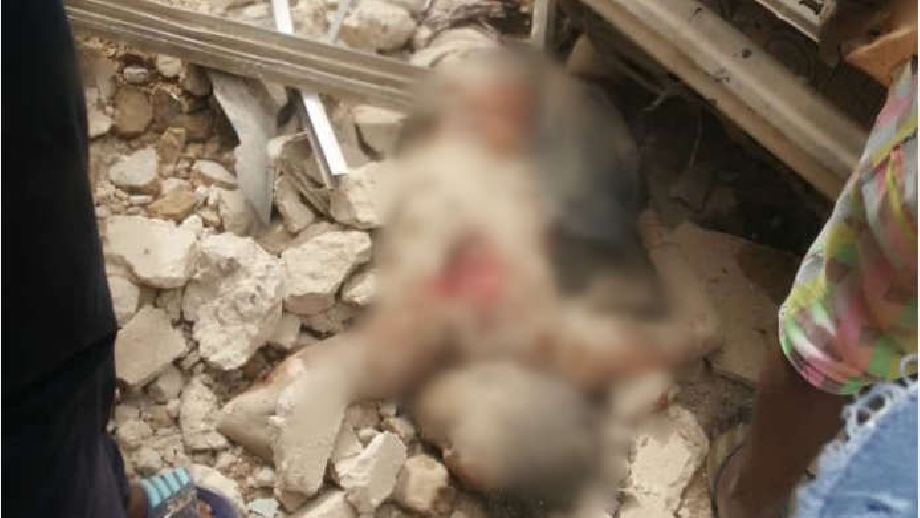 The Death toll of yesterday’s explosion in Kano has increased to 9.
It was an explosion that rocked Aba Road in Sabon Gari area of Kano.
The bodies were recovered from the rubble of a collapsed building beside a primary school.
The Police had earlier dismissed reports of a bomb blasts, saying the explosion was triggered by gas cylinder.
Commissioner of Police in the state, Sama’ila Dikko,

Now, let’s talk about extra-judicial killings in parts of the country.
And we start in Sokoto where the Police Command has declared fleeing suspects captured in viral video of the killing of Deborah Samuel wanted.
The suspects are accused of culpable homicide.
The Police further explained that those arrested at the scene of the incident while dispersing the mob had been charged to court and the court remanded them in prison.

Meanwhile a clergy, Chibuzor Chinyere says he decided to relocate the family of Deborah Samuel from Sokoto after her family said it was withdrawing all Deborah’s siblings following her murder.
He said the gesture will also protect the family from reprisal attacks after public protests demanding the release of the murder suspects.

We move to Lagos where the family of David Imoh Sunday, the 37 years old sound engineer beaten and burnt to death in Lekki on Thursday last week, is calling for justice.
The victim's wife, Grace Imoh told our man that David was a God-fearing man who had 2 jobs to cater for his family.
She said in 9 years of marriage, he had always been a peacemaker among family and friends.
She says this is necessary following accusations that the staff of the Bar shut the door preventing late David and his two bandmates from running in for safety during -------------------------

Meanwhile, the Association of Music Band Owners of Nigeria has threatened to boycott performances at the Bar along admiralty road if the accusations against them are true.
A statement by the National President of the association, Akin Shuga also commiserated with the family of David for their loss.