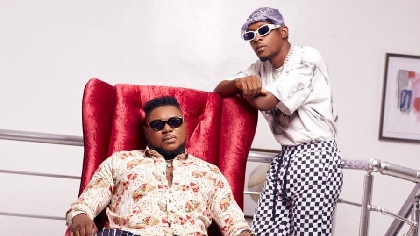 King OC & Nino Dray had a message for enemies of progress...

The song captures a serene private beach in Lagos with both singers dishing out rhyming verses about critics who gossip about their progress.

This appears to be the first music video after The Huddersfield Group and King OC Music signed its first artiste, Nino Grey, a few months after it was launched. He also said that his record label is an opportunity for up and coming artistes to achieve their dreams.

King OC said with the launch of his record label, he intends to bring the untapped aspect of Nigerian music to the global stage.

"Soro" was produced by Buzsco Beat (Chop am) while Bennyblack shot the music video.

King OC's next plans include working with A-list artistes like Tubaba, Mayorkun, and Omah Lay. That should be the stepping stone to becoming a household name both in Nigeria and internationally.