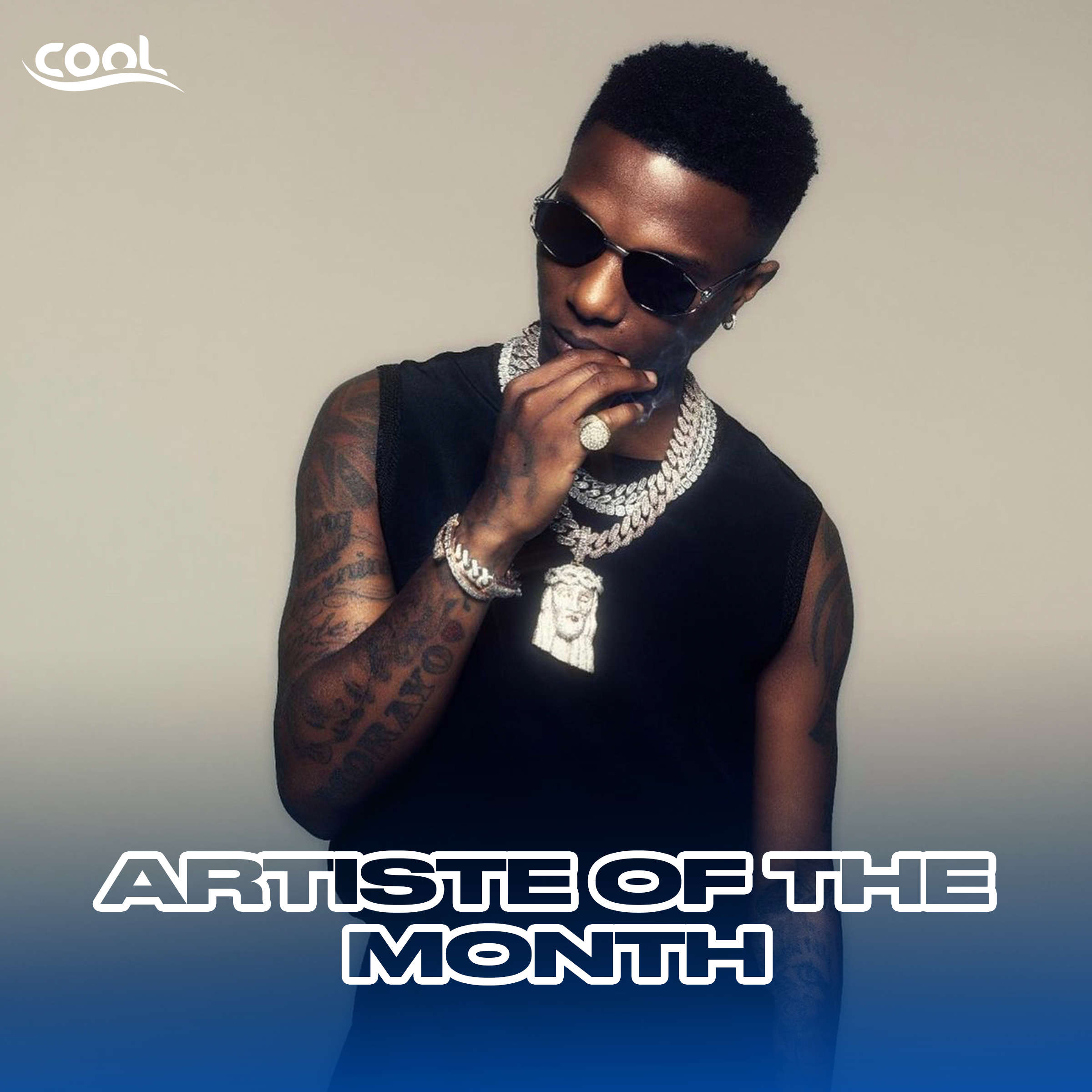 Nigerian superstar musician, Wizkid (Ayodeji Ibrahim Balogun) was born on 16 July 1990. He has also been known as Wizzy, Big Wiz, Machala or Starboy.

During his musical career that has spanned ten years, he has been the recipient of several international and local music award nominations and awards.

The Afrobeats singer began recording music at the tender age of 11, first working with a small group of singers callers the Glorious Five, a group he and a couple of his church friends formed.

In 2009, he signed a record deal with Empire Mates Entertainment (E.M.E) and that sparked a major beginning in his musical career.

He rose to the limelight after releasing 'Holla at Your Boy', the lead single from his debut studio album, Superstar (2011). 'Tease Me/Bad Guys', 'Don't Dull', 'Love My Baby', 'Pakurumo', and 'Oluwa Lo Ni' were also released as singles from the Superstar album.

His major “international” break came in 2016, when his collaboration with Drake on the hit single "One Dance", reached number one in 15 countries, including the US Billboard Hot 100, the UK, Canada, and Australia.

Wizkid became the first Afrobeats artist to appear in the 2018 Guinness World Records for his contribution to "One Dance".

In 2019, he was featured on Beyoncé's project The Lion King: The Gift on the collaboration 'Brown Skin Girl', which won him a Grammy Award for Best Music Video.

His fourth album, 'Made in Lagos', was released in October 2020, to wide commercial success and acclaim. The album includes the single 'Essence', which became the first Nigerian song to chart on the Billboard Hot 100, while breaking records on other chart platforms, especially outside Nigeria. The song had Justin Bieber hop on it, and taking it to another level on Billboard Hot 100.

By February 2021, Wizkid was the most-streamed Nigerian artist of all time on Spotify, with over 3.4 billion streams across all credits. Today, he holds the second record with over ten million views, as Tems surpassed him on monthly views just last week.

On the 24th of August Wizkid's 'Made in Lagos' rose to number 1 on Billboard World Album Chart and a few days after that, Wizkid released the deluxe edition of his Made in Lagos album.

Wizkid has made history by selling out three shows at London's O2 Arena. Wizkid sold out the first show in 12 minutes and was pressured by the fans for more dates. He sold out the second and third shows in two minutes and 35 minutes.

The future looks bright for the singer, even in other endeavors. A politician endorsed Wizkid as Nigeria's global ambassador, since according to him, “The world should be seeing Wizkid repping Nigeria on CNN and other global media, our stamps, airports, and embassies.”

Some Major Accomplishments of Wizkid

- First African Artiste to bag seven Billboard Nominations
- Wizkid Is The First African Pop Star To Perform/Sell Out Royal Albert Hall In London
- Wizkid sold out the O2 Arena in May 2018
- Wizkid becomes the first and only Afrobeats artist to make it to the number 1 on Billboard Hot 100 with One Dance.
- Wizkid has 2 Grammy nominations and 1 win for Best Music Video in 2020
- Wizkid modelling for fashion giant Dolce & Gabbana.
- 2017 MOBO Awards best International act
- Longest top 10 charting Nigerian album on Apple Music NG for MIL
- 100 million streams in 103 days on Apple music for MIL
- 420 million streams after 5 months on all platforms for MIL
- First Afrobeats artiste to appear in the Guinness Book of Records.
- Most Award nominations by a Nigerian artiste
- In 2017 Billboard reported that Wizkid signed a multi-album worldwide record deal by an African artist with RCA Records a subsidiary of Sony Music after the success of One Dance.
- Most BET Awards (3) for an African artiste.
- He is also the most awarded artiste in The Headies award history
- Most awarded African artiste at the Soul Train Award (2), Billboard Awards (3), Mobo Awards (4) and iHeartRadio Awards (2)