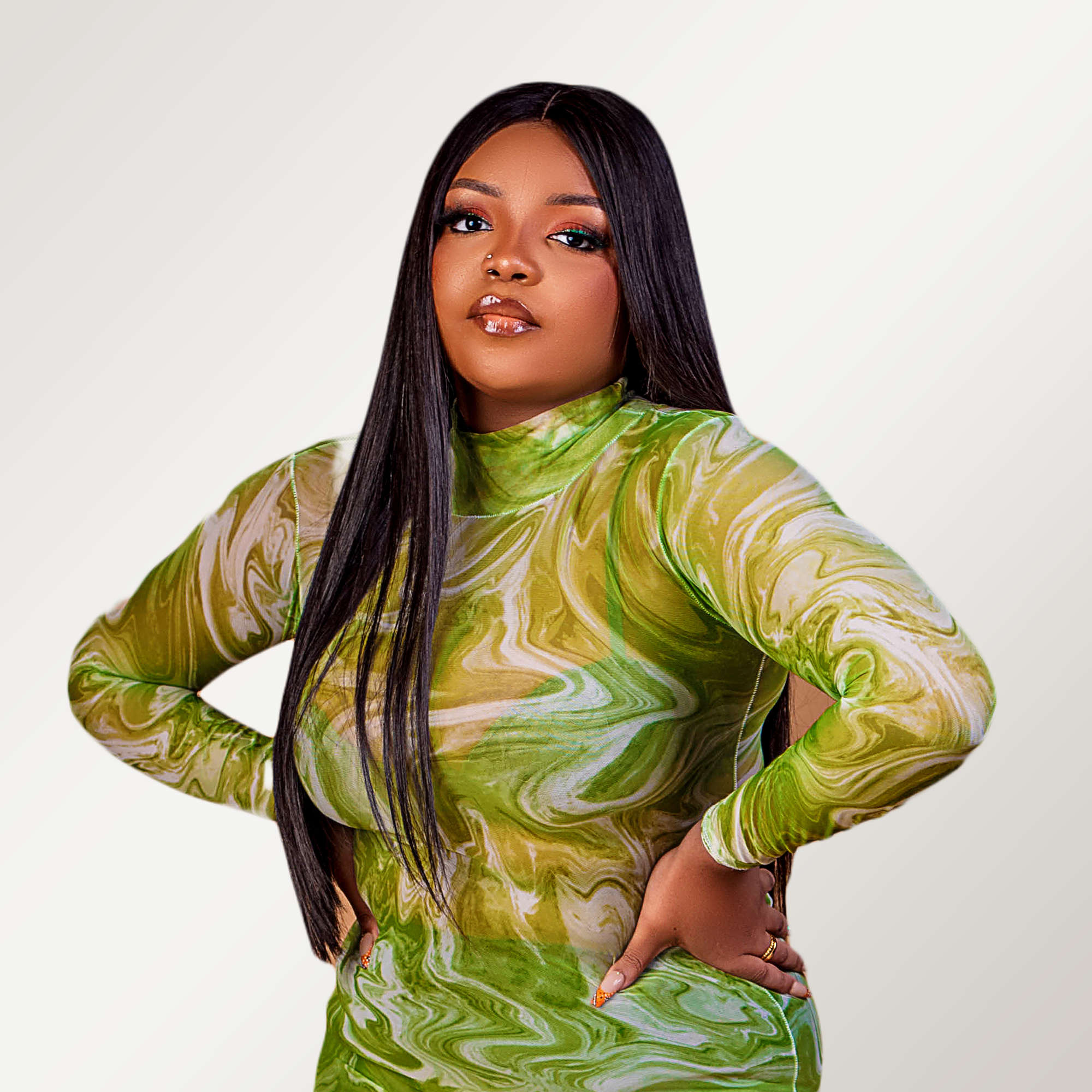 3 words that best describe you... Fun, caring and understanding

If I wasn’t working at the radio station... I’d be working at a TV station

My celebrity crush is... Jason Momoa

The song that best describes me is... I Can't Kill Myself by Timaya

I have a fear of... falling and not being able to get back up

If I could have dinner with one person it would be... Chris Brown.

I bet you didn’t know I could... Be very handy

The ultimate TV show is... Friends

The song that I can listen to on repeat and never get tired of is... Switch by 6lack

Eve has been in showbusiness for as long as she could remember and slightly jaded about the glitz so seeing her genuinely excited for the possibilities at Cool FM is infectious.

She’s done everything, from modeling as a child, to music videos, to film and television, even a career as a musician. But radio was the one medium she didn’t quite vibe with, not until her father discovered Inspiration FM.

When she was in high school, her father listened to a lot of Inspiration FM because of its unique niche of programming and he got her invested. It was their thing when she was in high school. She was already making music professionally at the time, but an opportunity to get on talk radio felt too interesting to pass on. She went in for an audition, spent several hours waiting and eventually got to banter for 20 minutes with Dan Foster, who put her at ease and really vibed with her. She was asked to intern with the station and put on a rotation that allowed her to experience all aspects of running a radio station. She marketed the station and even wrote a pitch that got accepted and implemented.

In 2016, she auditioned for the MTV Base VJ competition and made it to the final round, but got sidelined by emergency surgery. She must have made an impression on the team at MTV because a few years later, someone from their team recommended her for an golden ticket opportunity. She got to co-host the Late Morning Show with Toke Makinwa in 2019 on Rhythm FM. She eventually left Rhythm FM to Hot FM to host two shows, the Morning show and the Lava Lounge Mid-day show.

Having showbiz experience and experience hosting shows with the biggest influencer in the country has given Eve the tools she needs to excel in this new position. It all comes naturally to her, but she is modest enough to admit that there is always room for improvement. It took a while for her to truly appreciate her own talent, mostly because she’d been doing creative work for so long that it was hard to take a step back and truly appreciate her achievements. Taking time to reflect reminds her to approach each new opportunity from a place of humility while being fully confident about her talents. She draws from that experience when  she has to defuse tense situations with guests or tactfully deflect unwelcome attention from super fans who sometimes don't appreciate that her warmth on radio is not an invitation to vye for her attention off-air.

Radio is just one way she can satisfy her artistic expression. She wants to be a formidable force, a multi-hyphenate with a distinct, instantly recognizable brand across mediums. She has plans to eventually make podcasts, for their freedom and flexibility of formats they offer and wants to continue to juggle her careers as a musician and actress with her radio gig. Cool FM is the one place where she feels she’ll be able to do all the things she wants to without being held back. It has always been her dream to work here and she intends to make the most of it.